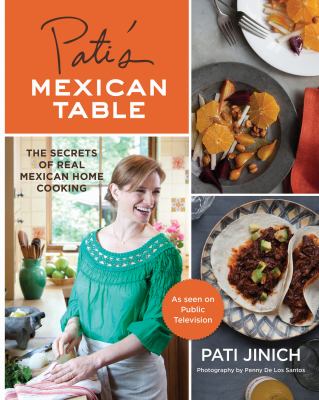 Cook the Book! is a monthly meeting of cooking enthusiasts. Each month participants cook from the same cookbook or website and meet to discuss  results.

OR one of these by Diana Kennedy:

The Essential Cuisines of Mexico (Also available as an eBook.)
My Mexico : A Culinary Odyssey with More Than 300 Recipes
The Art of Mexican Cooking : Traditional Mexican Cooking for Aficionados

Make a few recipes and come prepared to discuss your results.  What worked? What didn't? What did you learn?

Diana Kennedy is one of the most respected authorities on Mexican cooking and is credited with introducing Americans to food from all over Mexico, not just Tex-Mex from the border. Pati Jinich is host of Patti's Table, a National Public Television series, and author of multiple Mexican cookbooks and a website, https://patijinich.com.

Born and raised in Mexico City, Pati is host of the 3x James Beard Award-winning PBS television series “Pati’s Mexican Table.” She is resident chef at the Mexican Cultural Institute in Washington, D.C., and cookbook author. A former political analyst she switched policy papers for cooking pots to make exploring and sharing Mexico’s cuisine her life’s work. She has cooked at the White House for President Obama’s Cinco de Mayo celebration. The Council of the Americas named Pati one of the “Top 5 Border Ambassadors” who have performed outstanding work bringing the United States and Mexico closer together in their Americas Quarterly (AQ) magazine. She was also named one of the National Immigration Forum’s “Keepers of the American Dream,” which honors individuals who embody the spirit of immigrant achievement and contribute to the well-being of immigrants in the US. She lives in the Washington, DC area with her husband. They have three sons and a dog named Mila.

Diana Kennedy is an international ambassador of authentic Mexican cuisine, having committed her life to its preservation and protection. She has published nine cookbooks to international acclaim, and won the James Beard Award in 2011 for Oaxaca al Gusto. In 1982, Diana was decorated with an Order of the Aztec Eagle from the Mexican government for propagating the cuisine and tourism of Mexico. She also received a Member of the Order of the British Empire in 2002 for strengthening cultural ties between Mexico and the United Kingdom. Diana is also a 2014 inductee into the James Beard Cookbook Hall of Fame.

When Diana Kennedy arrived in Mexico in the early 1950s from the United Kingdom, she realized a need to preserve the wealth of native ingredients and traditional recipes that were being lost to the migration of Mexican farmers to more urban, industrial livelihoods. She began documenting everything she found in villages, markets, and homes across the country, compelled by a fascination with Mexico’s rich culinary tapestry. Over the course of nearly sixty years, Diana traversed the country, meticulously researching, documenting, and mastering the culinary styles of each region. Now, these traditions are collectively designated as a World Cultural Heritage by UNESCO. 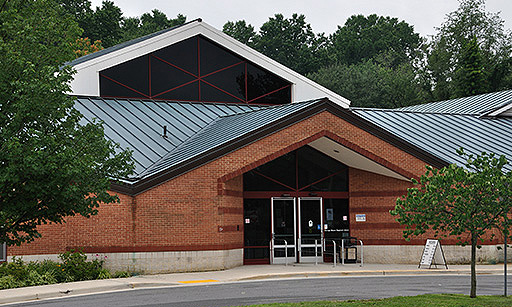