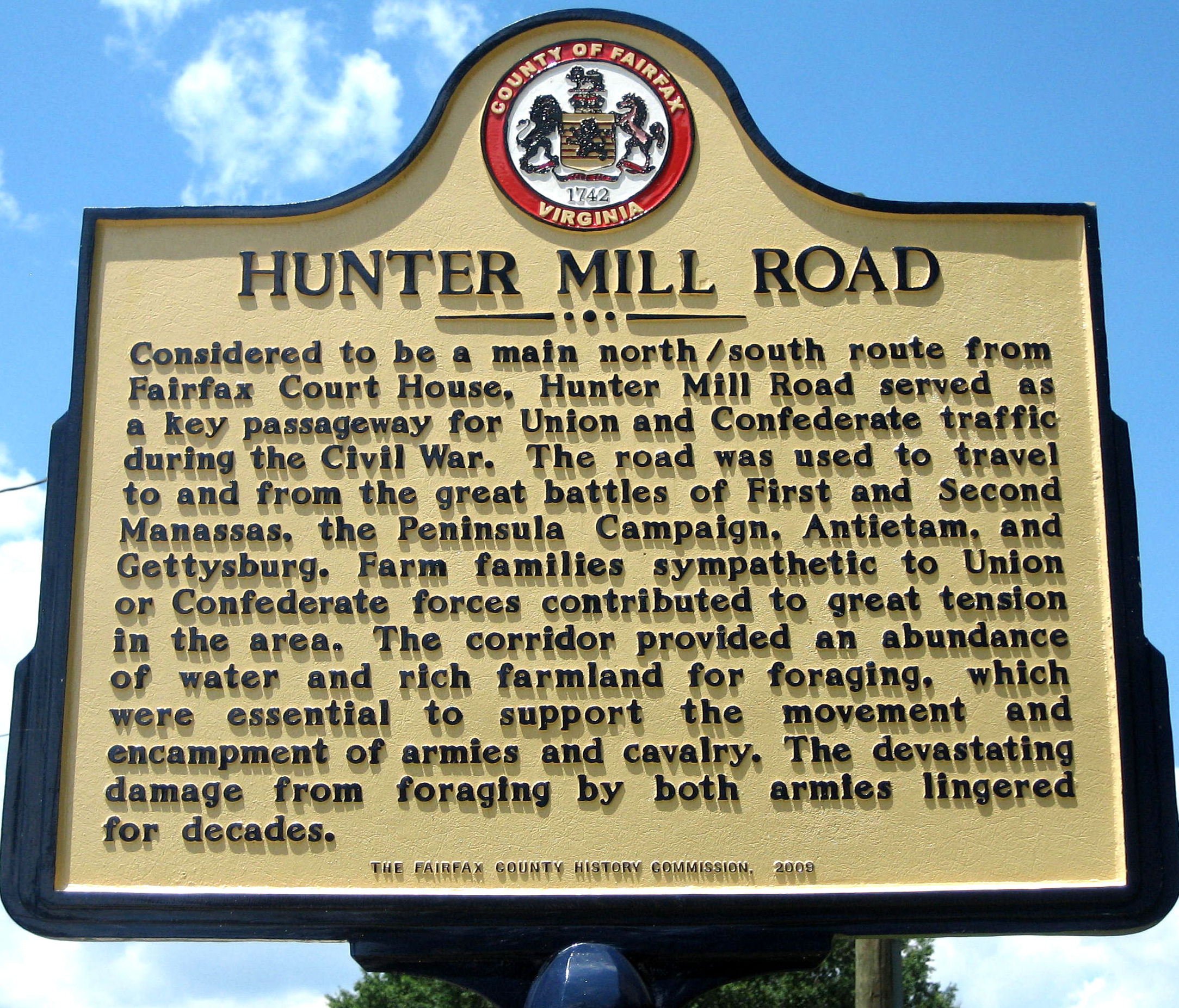 Jim Lewis, a tour guide and home-grown expert on local history, will give a PowerPoint presentation on the Historic Hunter Mill Road Corridor that runs between Oakton and Reston. The story of this historic corridor is a treasure trove of local history dating back to the Civil War. Jim will tell us about famed military figures and other colorful citizens who lived in the area and will bring to life this time in history.

Registration is required to receive a Zoom invitation which will be sent out prior to the event.  Adults and Older Adults.

Jim Lewis is a native 9th generation Northern Virginian.  He graduated from George Mason University and retired from the Xerox Corporation.

He is well know in the local area for his historical and preservation efforts. He has authored or updated 30+ historical markers in Fairfax County.  As a result of his numerous efforts, he was awarded "Lord Fairfax" designation by the Fairfax County Board of Supervisors.

He is also on the board of several local organizations associated with our history, one of which is the Bull Run Civil War Round Table.  There he has chaired their award-winning Silver (25th) Anniversary Commemorative Publication along with numerous other efforts.

Jim has also compiled and authored several historical booklets on behalf of the Hunter Mill Defense League, while also assisting in the creation of the award-winning DVD documentary, Danger Between the Lines, which has been shown on PBS TV.

Jim is kept busy with over 30 speaking/local tour engagements per year, including many WW-II era topics, and he often presents programs at OLLI (Osher Lifelong Learning Institute).

Read more about the Historic Hunter Mill Road Corridor, in honor of the Civil War's sesquicentennial (150th), on patch.com.