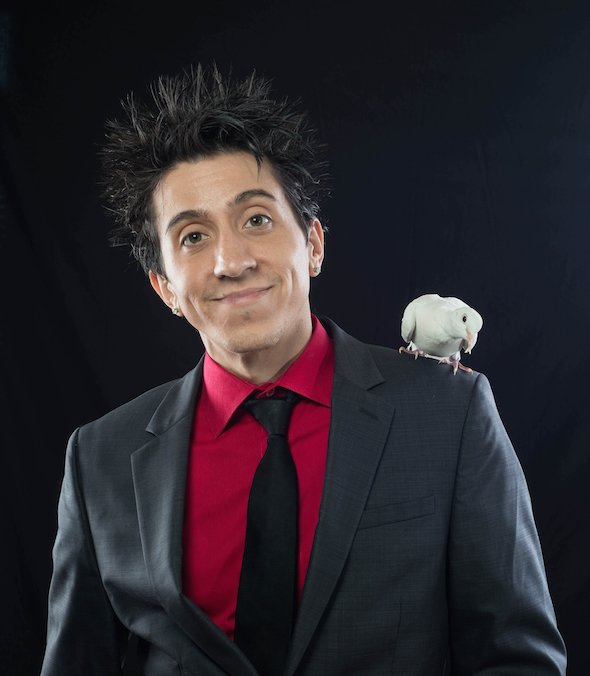 Magician Jay Mattioli invites kids on a journey where the impossible happens...LIVE! Jay’s show incorporates high energy music, comedy and even gives kids a chance to participate and become the stars of the show. Jay will also share his life experience on what became his greatest tool in learning magic...READING. Get ready for fun for all ages! Cosponsored by the Friends of George Mason Regional Library.

At 18 years old, Jay was hailed by the International Brotherhood of Magicians as a "Champion of Magic," becoming one of the youngest magicians to ever receive this honor. Then in 2006, Jay was awarded 1st Prize at the Society of American Magicians International Stage Contest of Magic. Jay is one of only a few magicians in HISTORY to receive 1st prize in both of these international magic competitions.

More recently, Jay electrified the nation and stunned the judges with his appearance on NBC's #1 hit show "America’s Got Talent" and FOX's rebut "Showtime at the Apollo" hosted by Steve Harvey.

From Casino showrooms to luxury cruise ships, Jay's unique style of illusions has captivated the imagination of millions and reminds people, of all ages, what it is like to believe in the impossible and most importantly... HAVE FUN!

This program is appropriate for anyone that loves m-a-g-i-c! Register by clicking on the "Begin Registration" button (below).